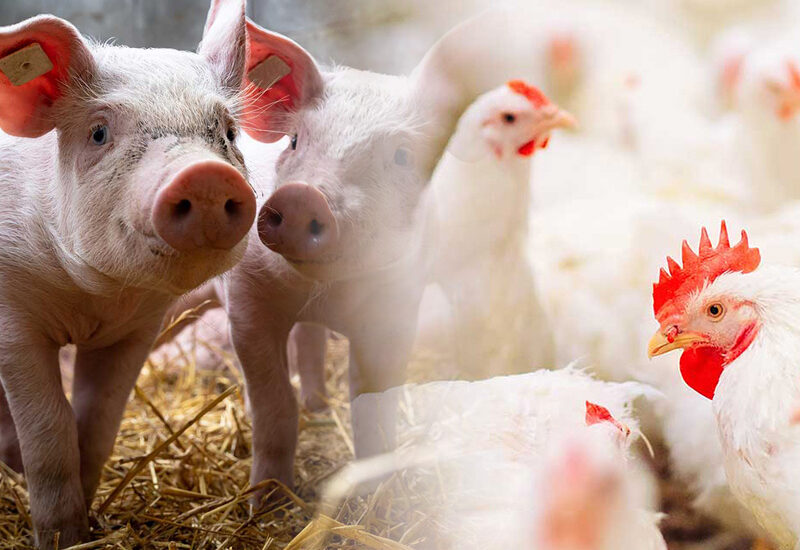 Animal welfare is complex, being a multi-faceted state and measuring it in an objective, outcome-based manner can be difficult to achieve.  A lot of animal welfare measurements are resource or input based but to measure welfare properly out-come based factors also need to be taken into account.  We have been considering how animal welfare is measured and the benefits of including out-come based measures.

Animal welfare is a key attribute in all livestock production.  Achieving, promoting, and improving animal welfare not only makes moral and ethical sense, but is also a cornerstone of sustainable livestock farming practices. Current welfare standards are governed by laws, retailer standards and schemes such as Red Tractor and RSPCA Freedom Foods. These are all aimed at creating production systems that promote positive welfare, while providing a basis for welfare improvement.  However, animal welfare is complex, being a multi-faceted state and measuring it in an objective, outcome-based manner can be difficult to achieve.

What is animal welfare?

Around the world different cultures interpret welfare differently placing emphasis on the aspects that are important to them.  This would also be true of different retailers and welfare schemes.  However, the Oxford dictionary defines animal welfare as the general, health, happiness, and safety of an animal.  DM Broom in 1986 defined the welfare of an animal as “its state as regards its attempts to cope with its environment.” This includes how much effort is required to be able to cope and the extent to which those attempts are successful, a definition which has been adapted by the OIE, who defines welfare as how well an animal can cope with its environment.  Importantly welfare is not only about creating positive feelings for animals but also about ensuring the absence of negative feelings. It is generally accepted welfare should consider both the physical and mental wellbeing of animals.

Animal welfare is a continuum which ranges from poor welfare to good welfare.  There are many components to welfare and the welfare state of an animal cannot be determined from one component alone. Adding another layer of complexity to measuring welfare is the fact that individual animals will cope differently to difficult conditions.

How to measure animal welfare

To improve animal welfare, we must first be able to measure it.  The foundation of all animal welfare measurement is the Five Freedoms (FAWC, 1979).

Measuring the five freedoms can however be difficult. For example, what are the normal behaviours that are important for a captive animal?  Attempts have been made to refine the Five Freedoms to aid with the assessment of animal welfare.  One such example is the creation of the Five Domains by Mellor and Stafford, (2001).

Another is the European Welfare Consortium proposal of 4 key principles of animal welfare made up of 12 criteria.

Most of the measures given above are resource-based measures.  Resource-based measures refer to inputs into the production system and form the basis of most laws and codes of practices, and indeed the Five Freedoms.  They measure the extent to which an animal receives certain key resources e.g., appropriate space, clean drinkers, feed, perching space, stocking density.  However, just because a resource is provided it does not mean that it is being used and therefore contributing positively to an animal’s state of welfare.

Here in the UK the AssureWel project, a collaborative project led by the University of Bristol, RSPCA, and Soil Association, supported by the Tubney Charitable Trust, and with links to several UK industry bodies including the Red Tractor Farm Assurance scheme, Quality Meat Scotland and UK Organic Certifying Bodies developed a practical system of welfare outcome assessment for the major farm animal species. This system has since been incorporated into the RSPCA Freedom Foods and Soil Association Certification farm assurance schemes.  While the system is not automated it highlights the move towards including outcome-based measures for a more holistic measure of animal welfare.

Animal welfare and its measurement is an integral part of all livestock farming.  Traditional methods of assessing welfare have been based on resource-based measures, but an understanding of the importance of including outcome-based measures as well, means this is no longer the case.  The next challenge for the industry is to develop methods of automating measurements of animal welfare to give remote, real-time, 24/7 monitoring and documentation of welfare.

Want to find out more about our products?

Speak to our expert team.

Why become a Greengage Partner? Here’s a simple answer

Can poultry sensors and a robot replace stockmen… to improve biosecurity?

Speak to our expert team to find out more

This website uses cookies to improve your experience while you navigate through the website. Out of these cookies, the cookies that are categorized as necessary are stored on your browser as they are essential for the working of basic functionalities of the website. We also use third-party cookies that help us analyze and understand how you use this website. These cookies will be stored in your browser only with your consent. You also have the option to opt-out of these cookies. But opting out of some of these cookies may have an effect on your browsing experience.
Necessary Always Enabled
Necessary cookies are absolutely essential for the website to function properly. This category only includes cookies that ensures basic functionalities and security features of the website. These cookies do not store any personal information.
Non-necessary
Any cookies that may not be particularly necessary for the website to function and is used specifically to collect user personal data via analytics, ads, other embedded contents are termed as non-necessary cookies. It is mandatory to procure user consent prior to running these cookies on your website.
SAVE & ACCEPT